There are a number of methods to breed crickets which can be confusing to the beginner. Given that around 98% of People stop breeding crickets after a few months, choosing the right method is the single most important step to determine if you succeed or fail over the long term.

The most common mistake people make, is choosing a commercial method (with higher maintenance), for private production. Below is a brief summary of the advantages and disadvantages of each method, however we discuss this in much greater detail in our Cricket Breeding Training Course.

This unique method has two separate zones within a single container; one high humidity area ideal for breeding; and a lower humidity area which is required for housing and food/water. It also has a unique detritus collection system which collects the waste and prevents contamination of breeding substrate and food areas.

This method involves the spraying of breeding trays, and moving baby pinheads into 7 separate containers to prevent cannibalism. 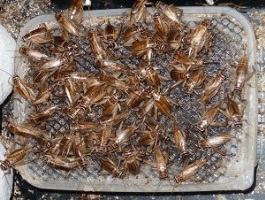 Due to the higher maintenance and active management required to manage multiple containers at the same time, this method is not well suited to private or small scale commercial production. It is however better suited to medium and large scale breeding, where the higher production justifies the extra management (greater than 1000 large crickets/month).

Despite its limitations in private production, it is commonly used and is the main reason why 98% of people give up breeding crickets after just a few months.

As you can see, giving some thought to the right breeding method for your needs can save you a lot of effort and time in the long run.

For more information on how to Breed Crickets , visit our “How to Start Breeding Crickets” page.

REVOLUTIONARY NEW CRICKET AND COCKROACH BREEDING SYSTEMS…Welcome to your one-stop shop for all the information you need to become self-sufficient in live foods.
https://wildlifehub.com

These 10 Lessons and Videos Will Save You Time and Money 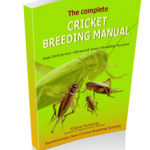 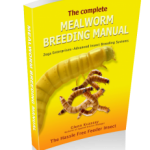 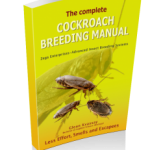